Having a positive attitude and support are essential secrets to success. A perfect example of this is the Eagles winning the game. Looking back, I do not see how there is any way we could have lost. The attitudes of the players, as well as the fans were a dynamic part of this whole journey. Being a trained clinical hypnotherapist, I firmly feel the BELIEF in something happening, cements it for the future. Every fan I met believed they could win. The players believed they would win. The level of BELIEF was off the charts! So, I guess you are thinking, the other team had support and believed they could win, so why did they not win? What secret ingredient was missing? No one can truly ever know, but upon reviewing interviews, watching game clips and seeing fans excitement, something became very evident to me. The combination of BELIEF and FAITH from each team member and fan some how outweighed the opponent. In life, we are all dealt with different “cards” shall we say. Let’s be honest. Our team was playing in frigid temperatures, in a far away town and were perceived as the underdog. Those combined factors could have led to a negative attitude. They did not. Many Eagles fans traveled to support them. The local towns throughout New Jersey and Pennsylvania decorated in support. We kept the BELIEF that we would win. In terms of FAITH, I took a close notice how the players interacted with other team members and fans. I viewed them as self assured, yet not arrogant. The FAITH was not only spoken, but demonstrated by verbally and being seen by their proud displays on their uniform. The Eagles team and fans had such strong FAITH and BELIEF that their future, as the 2018 winners of the Super Bowl, was cemented. 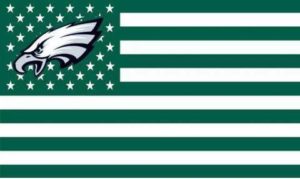